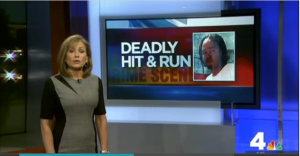 Rick Warrick, 38, and his fiancée Jewel Pearce were taking Warrick’s two teenagers to Dave & Buster’s at the Arundel Mills mall on a Sunday night when their tire went flat on the BW Parkway in Anne Arundel County.

Warrick, a car salesman from D.C., and his fiancée pulled to the shoulder and got out of their 2007 Hyundai Sonata to change the tire. Warrick had gotten the doughnut onto the car and was tightening the lugs around 9:15 p.m. when they were both struck by a car that did not stop.

Warrick’s fiancée, 28-year-old Jewel Pearce, suffered one broken leg and a fractured pelvis. She tried to encourage Warrick to keep breathing, but he died at the scene.

The driver who struck Warrick and his fiancée has not yet come forward.  “It’s hard on me, and I think the right thing will be to do just to turn yourself in. Accidents happen and we understand,” said Warrick’s mother, Charmaine Ferrell-Anthony. “It was a tragic accident.”  Anyone with information is asked to call 202-610-8737.

On February 19, 2015 the U.S. Park Police says they have interviewed a person of interest in the hit-and-run crash that killed Warrick and injured his fiancée. Sgt. Lelani Woods also said that investigators have found what they believe is the car involved in the Feb. 1 crash. She says the person of interest has been interviewed and investigators were working with the U.S. Attorney’s Office on the case. 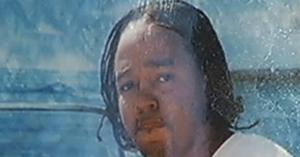 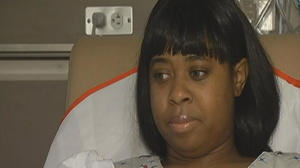