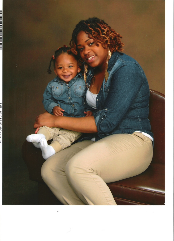 The shooting happened around 8:30 a.m. at the Pinewood Hill condos.

Please leave a comment to show support for the Family

There are no entries yet.