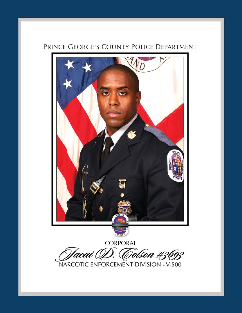 PRINCE GEORGE’S County police have struggled this week to come to grips with the circumstances surrounding the fatal shooting of one of their own. First, there was incredulity about an unprovoked attack on a police station by an assailant who supposedly wanted to end his own life. There was disbelief and anger that he was allegedly abetted by his two brothers who recorded the assault on their phones. “This is about nothing,” Police Chief Henry P. Stawinski III lamented. Then came the terrible discovery that it was another police officer who fired the fatal bullet in the three minutes of chaos that was Sunday’s gun battle.

Officer Jacai Colson, who would have been 29 on Thursday, is rightly being mourned as a hero. He was off-duty and in street clothes when he arrived at the police station in Landover just as alleged assailant Michael Ford started shooting wildly, hitting vehicles and pinning down officers. Officer Colson, a four-year veteran of the force, did not hesitate in responding; he was one of four officers who fired their weapons as they tried to stop the shooting.

Later investigation revealed he had been shot by a fellow officer who mistook him for an assailant. The shooting was deliberate but without malice, Chief Stawinski said. It is a credit to the authorities who have been forthright with the public about the details, a practice that should continue as the State’s Attorney’s Office conducts its review of the shooting. Such independent reviews are routine with police-involved shootings.