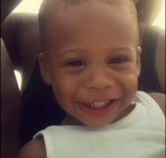 A toddler who was rushed to the hospital Sunday night has died, and police are investigating.

Police have not officially identified the child, but FOX 25 reports the toddler is a 3-year-old boy, and a GoFundMe page identifies him as Kenai Whyte.

Boston police responded to the home at 23 Alpine St. in Roxbury around 9:40 p.m. Sunday after receiving a call for a “trauma incident.” When officers arrived, they found the boy unresponsive and Boston EMS took the child to Boston Medical Center. He died on Tuesday.

According to a FOX25interview with Ashley Young, who says she is Kenai’s biological mother, said Kenai was visiting with his father, stepmother and younger sister over the weekend when the incident occurred.